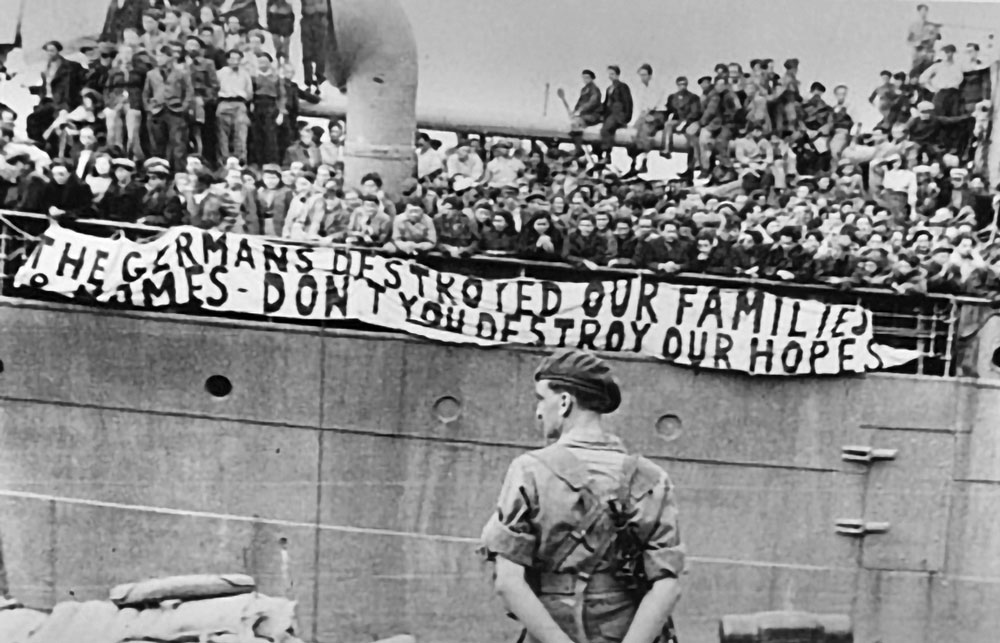 In July of 1947, the packet steamer, President Warfield, originally designed to accommodate 400 passengers, sailed from Set, France toward British Mandatory Palestine with over 4,500 Jewish refugees onboard. Most were Holocaust survivors with no legal immigration status. All hoped to begin new lives in the promised land. The steamship recently renamed Exodus 1947 approached Palestine. Though still in international waters, it was encircled and attacked by what crew member Reverend John Stanley Grauel described in his autobiography as “a formidable representation of the British fleet.”
After a prolonged ordeal at sea and in port as a captive ship, its passengers were refused immigration to Israel and dispatched by the British to a detainment camp in Europe.